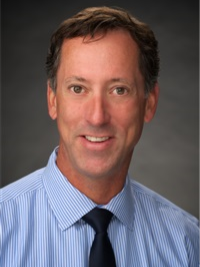 John M. Pagel, MD, PhD is Chief of Hematologic Malignancies and the Director of Stem Cell Transplantation at Swedish Cancer Institute in Seattle, Washington.  Dr. Pagel earned his BA in biology and his PhD in microbiology and molecular genetics from the University of California.  He then received his medical degree from Boston University School of Medicine where he graduated magna cum laude.  Following his residency in internal medicine at the University of California, San Francisco, he went on to do his oncology fellowship at the University of Washington. Dr. Pagel is also the recipient of numerous prestigious awards including the Damon Runyon Clinical Investigator Award, the Lymphoma Research Foundation Career Development Award, the American Society of Clinical Oncology Young Investigator Award and the American Society of Clinical Oncology Career Development Award. He has been the Principal Investigator on multiple awarded NIH grants including a K08, four RO1 grants and two R21 awards.  Moreover, he has led projects on three major NIH Program Project grants for over a decade and serves as a Core Principal Investigator on two other Program Project Grants.